Citrix recently released a new version of PVS, version 1906. I wasn't sure if I cared for the new numbering convention, but I have to say that it is growing on me and definitely makes it easier to see how long it has been since the previous release.

In any case, while perusing the documentation, I noticed a new feature which I thought I would point out as I haven't seen too many posts on it yet.

The feature resolves an "issue" that has been becoming more and more prevalent, the issue, is not really an issue, but when it comes to users, everything is an issue, so better to get in front of it if you can. The issue I am referring to is the delay it can take for Office to activate itself. When a user logs in and launches an Office application, if they go to the menu choice to look at the version, they will very likely see a message stating that the product needs to be activated similar to this: 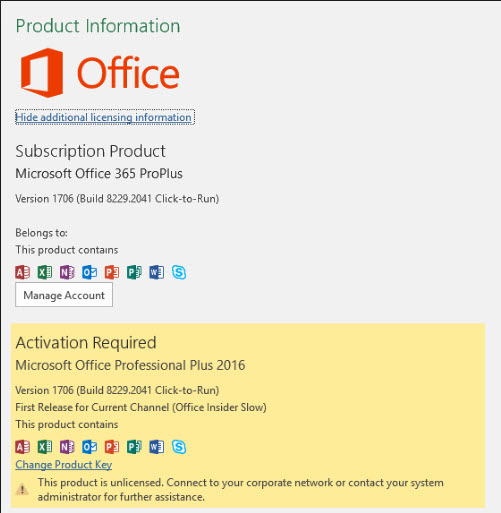 Now, anyone who has been doing this for a little while will know that this is not an issue, it is just something that requires a little patience, but I have yet to encounter the user who has that! 😃

There is a good reason why Microsoft chose to enforce a random time for activation, and that is they did not want all machines simultaneously attempting to activate and thereby overloading the license server.  Again, in the world I live in, the users want everything now, so the answer has been to create an activation script to launch when the user logs in to force the activation, this is a tried and true workaround and you may continue to use this, or you can upgrade to the latest PVS version which now includes the feature known as Accelerated Microsoft office activation.

With Accelerated Microsoft office activation, you can simply check a box and Citrix will force the activation to happen faster for you and obviate the need for a script, one less script equals a faster logon as well as one less item to maintain!

In order to activate this feature, simply check this box: 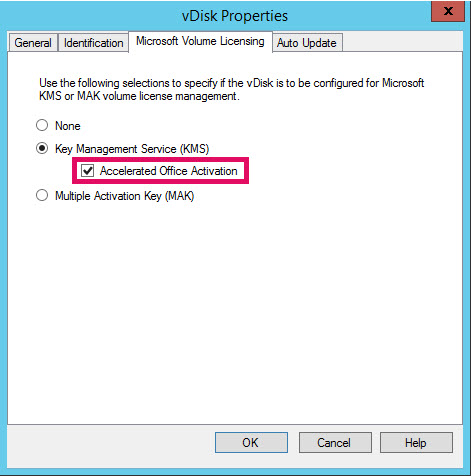 and enjoy the benefits of one less user complaint

I will go into what this check box is actually doing in a follow-up post soon!