So just when you thought we were on the verge of world peace, with Operating Systems finally getting along and agreeing to stay in line with each other, Windows 2016 decides to go it alone. Windows 2016 appeared to finally be the version where both the Server as well as the Desktop operating systems were going to be in lockstep with version numbers, and then it all went sideways.

Windows Server 2016 and Windows 10 now have a version 1709, a real kumbaya moment indeed, or at least so it looks on the surface. Unfortunately, these two operating systems could not be more different. With the version 1709 on the backend, Microsoft has chosen to take the operating system in a whole different direction, using this version as a backend only, no desktop option. What this means is that Microsoft has resurrected the old Server Core Edition and as such, can only run a very limited amount of services, mostly “server” type of services, like File and Print, etc.

Server 2016 v1709 has no option for a Desktop experience, so no Explorer.exe, the truth is not much of anything other than a DOS prompt and PowerShell. This also means that there is no chance of ever running XenApp on this platform

Interestingly, the backend Citrix components do not appear to be compatible either, so no DDC, Director, etc. Being more of a seeing is believing kind of guy, I decided to give it a whirl and see what would happen if I attempted to install any of the components. Have a look at what the options are: 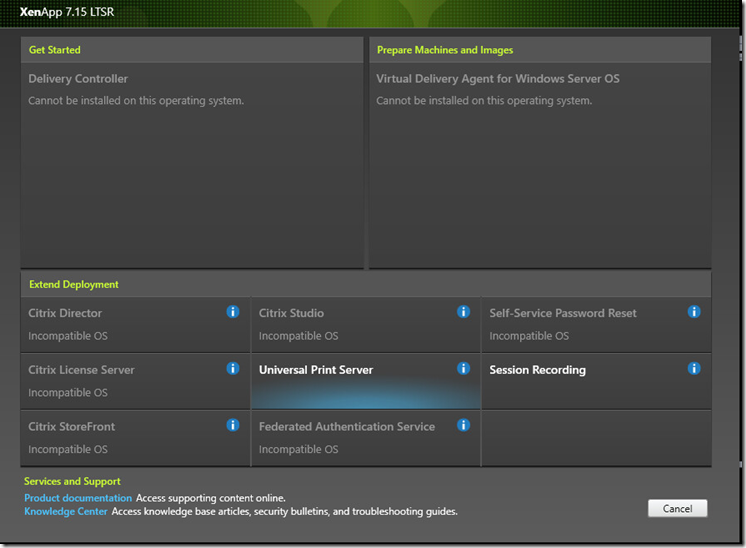 From this screenshot, it appears that two options might be possible, Universal Print Server and Session Recording.

Microsoft confirmed to me that there are no plans to reintroduce the Desktop Experience to the Server v1709; if you need this capability, your only option is to stick with 1607. It does seem odd that the OS designed strictly for backend services, an OS that in my opinion most corporations never want to touch once it is working properly, is the one that will be getting more frequent updates, but that is what they say. 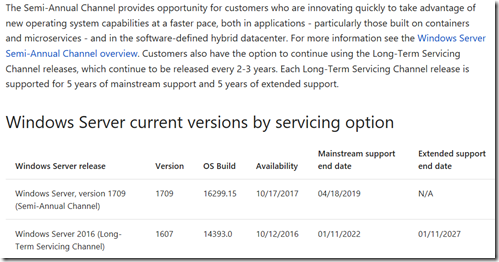 I do seem to recall that when the original Server Core Edition was released, it was soon after that MS introduced the option to install a GUI on it if you wanted, one can only hope the same happens here.